IT'S REALLY THE ULTIMATE!

With Upper Deck's December 2002 release of the seven-card Ultimate Collection “Signed Excellence” series, Ichiro collectors are treated to — or teased by, depending on your circumstances — eight new cards bearing Ichiro's signature.

(Unnumbered short print. Though exact quantity is not specified, it is between 50 and 100.)

(Unnumbered short print. Though exact quantity is not specified, it is between 50 and 100.)

All of these are rare and valuable to varying extents, depending on the edition sizes, though the crown jewel of the pack is the I4 Gold parallel. (Note the numbers 1 through 6 are preceded by an "I," for Ichiro, and not the numeral "1.") 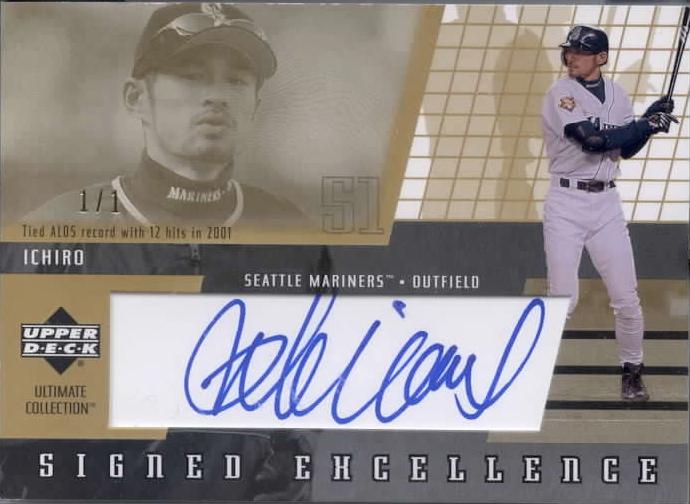 What makes I4 Gold so special is that it is a signed one-of-one masterpiece. And while there are many 1/1 Ichiro cards and dozens of other signed cards — this gem was the first SIGNED 1/1 Ichiro card ever made!

About a year-and-a-half later, UD issued two more signed one-of-ones as part of their 2004 SP Collection, and there will surely be others in the future.

Still, I4 Gold will remain a real prize — as the very first 1/1 card offically signed by Ichiro before leaving the factory. 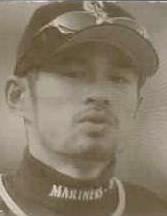